Kwasi Kwarteng is the MP for Spelthorne.

Born in London in 1975, Kwasi has a BA and PhD in History from Cambridge. Prior to entering Parliament, Kwasi worked as a financial analyst and author. In addition to his political career, Kwasi is also a widely known historian. His first book, Ghosts of Empire, was published in 2011. His second book, War & Gold, was published in 2014, and most recently Thatcher’s Trial was published in 2015.

Kwasi’s role as Energy Minister has been busier than ever. A green recovery is central to the Government’s strategy to lead us out of this period of economic downturn. In particular, he has been devoting a great deal of time to the Energy White Paper, which will prioritise clean energy in our journey towards net-zero carbon emissions when it is published later this autumn (2020)

Kwasi is committed to supporting local enterprise; he regularly visits local business and calls for business-friendly reforms in Parliament. To find the local entrepreneurs of tomorrow, he launched the Spelthorne Business Plan Completion in 2013. This has successfully run each year since 2013, although unfortunately was unable to be held this year due to the pandemic.

During the Corona Virus pandemic Kwasi has been championing the BA workforce to help protect them at this crucial time; contacting the Prime Minister, lobbying his colleagues in the Government, and doing all that he can in his own Department of Business, Energy and Industrial Strategy.

The government should be running a balanced budget to prepare the public finances for future shocks, one of the chancellor’s aides has said.

Kwasi Kwarteng made PPS to the Chancellor

Kwasi Kwarteng has held the Spelthorne seat for the Conservative Party. 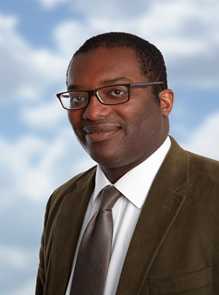