Alfred Friday has lived in Sunbury since 1984 and worked as a professional charity fundraiser for 19 years until his retirement in 2012.

Since moving to Sunbury he has been involved in many community activities, including the Friends of St. Mary’s Committee and is a member of Sunbury Regatta. Until 2014 he was  a governor of Chennestone and Beauclerc Primary Schools. He married his wife Kaye at St. Mary’s Church, Sunbury in September 2014.

Elected to Spelthorne Borough Council in 2011 he has served on the Audit, Planning and Members Code of Conduct Committees. He is currently Chairman of the Overview and Scrutiny Committee.

Among other successes in his role on the Planning Committee he was instrumental in negotiating the successful compromise between the community and the developers of the Police College site. It was at his invitation as the (then) Deputy Chairman of Overview and Scrutiny Committee that the Public Meeting on Kempton Park was organised, giving residents the opportunity to question council officers and councillors about the future of this crucial amenity.

Alfred was elected as a Conservative Councillor for the  Sunbury East Ward in May 2015. Stood down in May 2019. 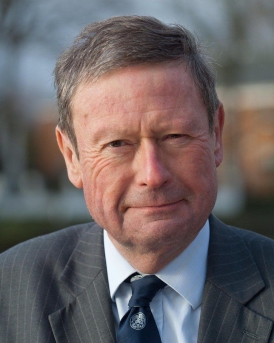