Alex is a proud local resident, having lived in a borough of Spelthorne since 2001.

Alex is a family man with two daughters. His younger daughter attends school in Ashford.

A qualified engineer Alex runs his own business serving the construction industry in and around London.

An active local campaigner Alex and his family have supported the lo-cal campaign to include Ashford railway station in the Zone 6 pricing scheme.

Alex has lobbied councillors in relation of local planning issues.

Alex is a great supporter of local youth and was particularly proud when his daughter Ana received a Spelthorne star youth award in March 2017.

Alex cares passionately about public service and is prepared to fight for the voices of Ashford East residents to be heard. Alex will fight to protect our green belt and oppose over development.

Richard has lived in Spelthorne for over six years. He has three lovely children aged 2, 4 and 11.
His partner has worked in Ashford for over ten years and she has had family in the borough all her life. 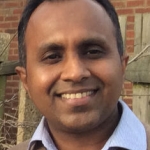 Before moving to Halliford last year, Buddhi was a hardworking community activist and a prominent local campaigner in Twickenham. He initiated a project to establish a trade association to help local business community & residents in Heathfield-Twickenham.

Howard has been Spelthorne’s Cabinet Member for Finance since 2016 and has used his 30+ years of experience in commercial finance to produce significant new income for the borough, so protecting services for residents despite severe cuts in funding from central government.