County Councillor Richard Walsh with Laleham & Shepperton Green Borough Councillor Richard Smith-Ainsley at the Shepperton Studio’s Estate, near the play area. Says County Councillor Walsh, “The building behind is one of the old stages in Shepperton Studio. We are working with the Littleton Residents Association, which is based in the Studio’s estate, to improve the environment by putting in a seat for the parents in the play area and some trees on the grassed areas. We are also having the goal posts painted where the young people play football.” 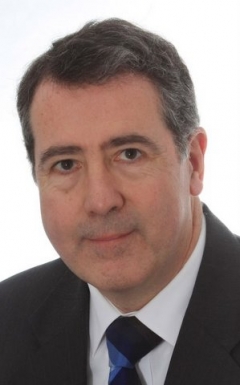